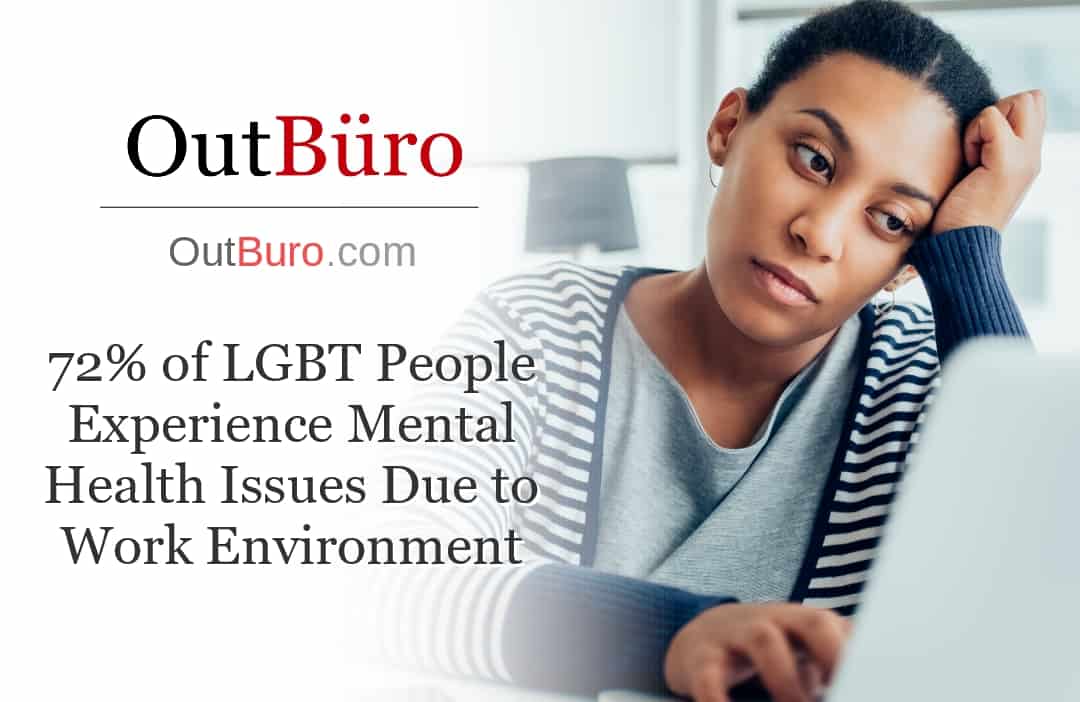 Gay, lesbian, bisexual, transgender, and queer employees still face workplace discrimination, harassment, and limitations on their career due to their sexuality.  From this is common to experience mental distress caused by the employer and coworkers.  The survey, conducted by YouGov and sponsored in part by Mercer, was published ahead of World Mental Health Day (October 10th) and shows LGBT people are disproportionately affected by mental health issues.

Nearly three-quarters of LGBT people have experienced mental health issues because of work according to the poll, commissioned by Business in the Community with HR firm Mercer, which found 72 percent of LGBT people have experienced various levels of mental distress as a result of work/work environment.  that 20% of bisexual employees said they had hidden their identity (Creative Commons)  Further the poll found that  26% of LGBT employees said they had hidden their identity at work in the last year because they were afraid of discrimination, it also found. For many, this causes them to remain in the closet and validated by the results show only 60 percent of LGBT employees feel comfortable being open about their sexual orientation at work, while 32 percent of managers have disguised that they are LGBT due to fear of discrimination.  This is collaborated by a separate study by HRC showing that the majority of LGBT workers closeted on the job.

Check out these related studies that support some of the sources of the stress LGBT workers face:

This represented just a four percent drop from HRC’s 2008 Degrees of Equality report, which was created before Barack Obama’s presidency, before same-sex marriage was legalized across the US and before transgender rights became a prominent issue in the civil rights struggle.

The research calls for employers to break the culture of silence that surrounds mental health and to invest in basic mental health literacy for all employees.