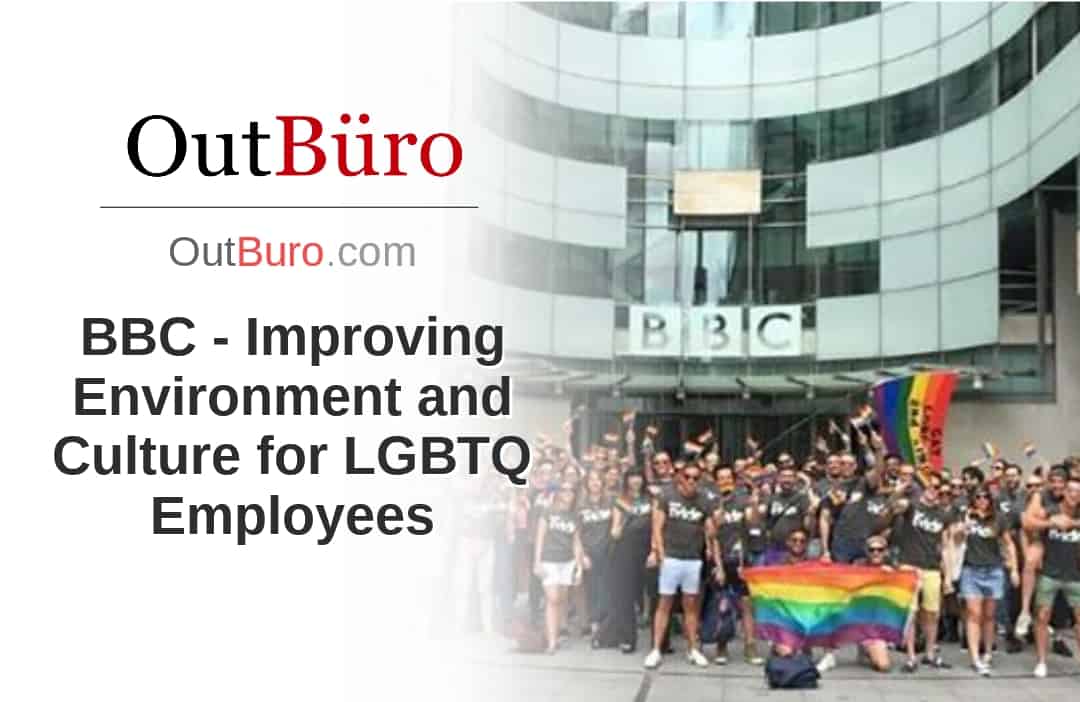 To grow and thrive as a company it’s imperative to continually openly assess, reflect and adapt.  A review of career progression and culture for LGBT employees at the BBC – one of five reviews set up to promote inclusion – found that while LGBT staff generally see the BBC as a good place to work, a number of small changes to working culture could improve their experience.

Currently, 11 percent of the BBC’s workforce and 12 percent of its leaders identify as LGBT, the highest representation of any UK broadcaster. The review undertook in-depth research on what working at the BBC feels like for LGBT staff.

BBC LGBTQ staff are encouraged to join OutBüro to provide anonymous company reviews from their unique LGBTQ employee perspective.  Their reviews on OutBüro will provide valuable insights for future potential candidates seeking to work at BBC.

Informed by 300 staff and input from Stonewall, the review made ten recommendations. They have already been accepted by the BBC’s Executive Committee and are designed to:

The review’s findings include a perception that younger staff feel freer to share more of their life at work in comparison to older staff and that, while important parts of the BBC’s output such as many of the programmes in last year’s Gay Britannia season, present balanced and supportive debates on LGBT issues, more could be done to make the BBC’s corporate support for the LGBT community clear.

LGBT community and providing guidance for managers supporting transgender staff, particularly when those staff are transitioning.

As well as supporting current LGBT staff to reach their potential, the changes are designed to make sure the BBC continues to attract the best talent from across the world and remains relevant with younger audiences who, according to a 2015 YouGov survey, are far less likely to identify as completely heterosexual.

Project sponsor James Purnell, BBC Director of Radio & Education, says: ”We’re aiming to create the most open, inclusive culture we can. These recommendations reflect what our staff has said and we will now implement them to give all LGBT staff the chance to flourish.”

Co-Chairs of the BBC Pride Network, Karen Millington and Matt Weaver said: “We think each of the ten recommendations has the potential to make the BBC a more inclusive workplace, giving everyone the opportunity to do their best work. Although we hope the recommendations will positively impact everyone across the LGBTQ+ spectrum, we are particularly excited about the proposal for providing better support for our transgender colleagues and improving visibility with role models throughout the business.”

This review is one of a number of culture and career progression projects which have also looked at gender, ethnicity, disability, and socio-economic diversity. Action to be taken to support women and staff from BAME backgrounds has already been published, with the result of the socio-economic diversity and disability reports due soon. Recommendations from these workstreams overlap and will be brought together in one delivery plan to support the career progression of staff across the BBC.