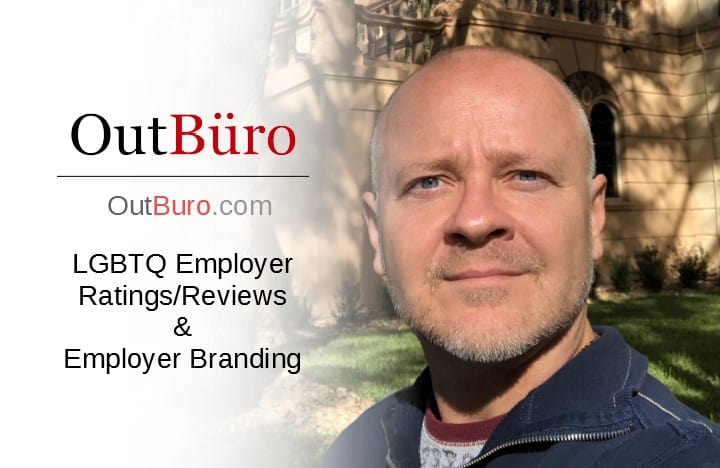 Since 2008, Dennis Velco founded and has nurtured  LinkedIn’s largest LGBTQ networking group from a concept to an international networking resource with over 46,000 global members – that grows daily.  Velco is a social entrepreneur with a passion for the gay, lesbian, bisexual, transgender, and queer community.

It was the driving force for Velco to launch the LGBT media crowd-sourced corporate social justice tech startup OutBüro.  Additionally, OutBüro is a growing site of LGBT related business news, information, resources, and stories of careers and business owners.

Velco continues to moderate and grow the LinkedIn group yet now branded as and supported as a service of OutBüro.

For Dennis, creating, cultivating and growing the OutBüro on LinkedIn group has been a persistent and passionate endeavor.

A Persistent Pioneer – How it began

“I’ve been on LinkedIn since way before people knew what it was, when I was living in New York City 16 years ago,” says Velco, now based in Fort Lauderdale, Florida. “Back then it wasn’t as prominent as it is today. I put it on the backburner for a couple of years. As more clients began to mention it in casual conversation in late in 2007, I got more involved and did what most people do-I filled it out like a resume and began to prospect on it.”

As he became more involved, Velco began noticing other features of the networking service, especially the preponderance of collegiate alumni association groups listed on people’s profiles.

“I scoured LinkedIn searching for an LGBT Group and looking up very prominent LGBT community members to see if their profiles had any LGBT group listed. I found nothing,” he says. After several patient inquiries and a few months of back and forth, it turned out the site wasn’t hosting an LGBTQ networking group.

Velco contacted LinkedIn providing a strong case for an LGBT group on the site. Eventually, LinkedIn gave the green light, and Velco agreed to be the group’s owner and moderator voluntarily donating his time and resources.

He approached the project with fervor and a sense of mission. “I felt and continue to feel it is vital to have a strong open and out LGBT presence on the world’s largest professional networking site,” he says. “People are much more likely to be out on Facebook yet still hesitant to be out on LinkedIn.” At Velco’s request, all groups on LinkedIn offer the option to hide a group’s membership on public profiles.

Once LinkedIn signed off, Velco jumped in with both feet, embracing the project, donating hours of time each day – including weekends – to building the group, taking a labor-intensive, trial-and-error approach.

“I would search LinkedIn and find profiles of people that had ‘LGBT, GLBT, Gay, Lesbian, Bisexual, Queer and so forth’ in their listing and send them invitations to join the group. I’d have to be careful to weed out people who have ‘Gay’ in their names,” he says. “I then would send each person a personalized invitation to join the group.”

Building and maintaining this group has been a labor of love. “My past life partner thought I was crazy in the beginning of building it due to the amount of time and personal money I was investing in the group. The first several years I would spend anywhere from two to six hours a day combing the Internet for pertinent content to post,” Velco recalls.

“March 2018 will mark ten years that I’ve done this voluntarily,” he says.

In addition to writing pieces for the group, Velco searched international news sites to curate LGBTQ-focused, business-oriented pieces. “I would strive to stay non-political and avoid content that would alienate members,” he says. “I’d try to get global content because I didn’t want it to just be an echo chamber of U.S. and Canadian content. I can’t wait until LinkedIn gets automatic translations because I would like all members to be able to contribute, view and participate in their native language. I believe that being an English only site is a deterrent to many. Having such a feature I believe would increase member active participation.”

Despite what a handful of aspiring members might think, LinkedIn is not an adjunct to Grindr or a Circuit Party Facebook page. Deflecting accusations of being sex-negative, Velco has spent a fair amount of time screening out applicants who submit genital images as their profile photos. As a business-oriented (rather than social) site, even shirtless pictures are typically verboten.

“Policing the group is important because while Facebook is typically banned at most businesses via the company internet, LinkedIn is not,” he emphasizes.  I want OutBüro main site and our channels such as OutBüro on LinkedIn to remain Fortune 1000 level office friendly.

“I hold to LinkedIn’s terms of service. I’ve had to moderate and get involved with spats and even had a stalker who ended up banned from LinkedIn for life. I’ve had blatant anti-LGBT content in profiles. Every single person’s profile in the group must be reviewed by me to a degree.”

The group has from high school students through White House staff of both the Obama and Trump administration and every role in between. “Knowing that people at that level value the group enough to have an open LGBT or they are friendly representatives present makes me feel great.  My effort to date has been well spent.”

Nevertheless, Dennis and his passionate quest continue with OutBüro being part of the evolution.  He states, “I feel good because OutBüro is about helping people and companies/organization be better and make good decisions be being a resource and a tool of communication, growth, and change.”

Directly connect with Dennis Velco on LinkedIn.  Use the contact form to send a message or request a 30-minute phone or skype introduction call with him.