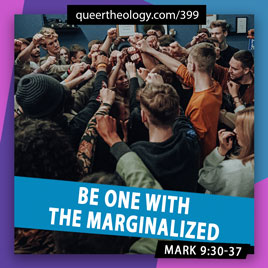 Today, we answer a question from Tumblr that is filled with hopelessness and exhaustion. Coming from a lesbian and Black person, we understand the gravity of the question and where this person is coming from. “The past year has given me nothing but existential dread. I feel like life is a joke and that even if the bible says God loves us, and despite offering an oasis of relief for a while, he’s just going to smack me down straight to hell in the end. Why trust love?” If you ever feel the same, we hope our answer to the question will be helpful.

Then we queered the text from Mark that talks about Jesus teaching his disciples, “Whoever wants to be first must be least of all and the servant of all.” It basically ties into our previous episode about taking your time to know yourself before jumping into leadership.

Links mentioned in the podcast:

Why Did Jesus Die? – https://www.queertheology.com/whydidjesusdie/

From there Jesus and his followers went through Galilee, but he didn’t want anyone to know it. This was because he was teaching his disciples, “The Human One[a] will be delivered into human hands. They will kill him. Three days after he is killed he will rise up.” But they didn’t understand this kind of talk, and they were afraid to ask him.

They entered Capernaum. When they had come into a house, he asked them, “What were you arguing about during the journey?” They didn’t respond, since on the way they had been debating with each other about who was the greatest. He sat down, called the Twelve, and said to them, “Whoever wants to be first must be least of all and the servant of all.” Jesus reached for a little child, placed him among the Twelve, and embraced him. Then he said, “Whoever welcomes one of these children in my name welcomes me; and whoever welcomes me isn’t actually welcoming me but rather the one who sent me.”

The post Be One With The Marginalized – Mark 9:30-37 appeared first on Queer Theology. 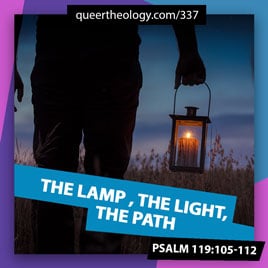 In today’s episode, we answer a reader question from Tumblr regarding ways to talk about the Bible as communicative of revelation. This person also asks, “Or are the scriptures only inspired in a relativized sense alongside great works of literature,…

Brian and Shay talk about the gift of queer testimony and making space for queer and trans* people to tell their stories. Check out this year’s Queer Theology Synchroblog! The post Fan the Flame – 2 Timothy 1:1-14 appeared first… 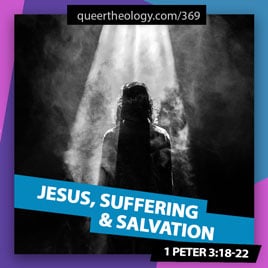 In today’s episode, we answered a question from a listener about the Rapture and how we feel about it. “Do you ever get freaked out by the Rapture? I heard that it basically starts next year and it freaks me…