For Video Edition, Please Click and Subscribe Here: https://youtu.be/ZKLTr7-5T7U Dramatist and theatre artist Deborah Grace Winer is a leading expert and author on Broadway musicals and the American Songbook. The Wall Street Journal recently named her book on pioneer woman songwriter Dorothy Fields (On the Sunny Side of the Street: The life and lyrics of Dorothy Fields, Macmillan) one of the Five Best books on American songwriters of all time. She has collaborated with leading institutions such as Jazz at Lincoln Center, and top tier artists from Broadway and the music world. Her acclaimed musical revues include Baby, Dream Your Dream, a celebration of women songwriters, and New York Big City Songbook, which the New York Times called, “A triumph,” becoming a monthly highlight at New York’s Birdland Theater. For a decade she was artistic director of the 92Y’s famed American Songbook concert series, Lyrics & Lyricists, steering the 50-year-old N.Y. tradition to rejuvenated success and creating original musical shows teamed with the top creative and performing talent from Broadway and beyond. She went on to create the Classic American Songbook Series for Feinstein’s/54 Below supper club, which also ran to critical acclaim. An O’Neill finalist, her plays, including The Real Tabasco, Little Shows and others have been developed at institutions such as Lincoln Center Theatre, Primary Stages, the Women’s Project, and the Westport Country Playhouse; her work has been produced Off Broadway and regionally.  https://www.deborahgracewiner.com/

Nicolas King has been performing since age 4. He was seen first on Broadway in ‘Beauty & The Beast’, then in ‘A Thousand Clowns’ opposite Tom Selleck, and ‘Hollywood Arms’ directed by Hal Prince, all before age 12. Other credits… 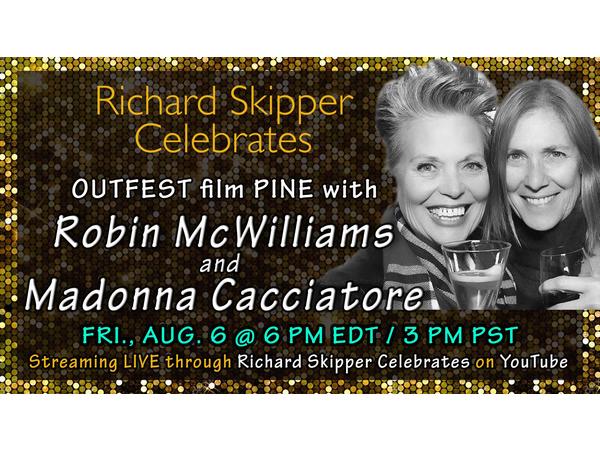 For Video Edition, Please Click and Subscribe: https://youtu.be/keFs24H87DQ Robin McWilliams was born in Omaha Nebraska and raised in SoCal. Growing up in Long Beach, she eventually made Hollywood her home and has been living there for most of her adult life.…