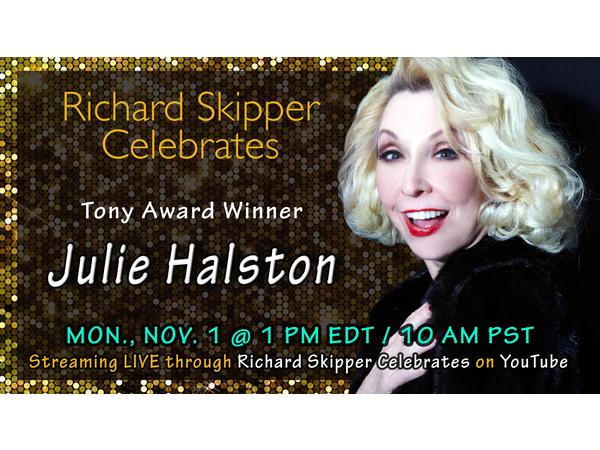 For Video Edition, Please Click and Subscribe Here: https://youtu.be/HsXh5HMsFvw JULIE HALSTON was awarded the 2020 Isabelle Stevenson TONY Award for her advocacy with The Pulmonary Fibrosis Foundation. Last seen co-starring in Tootsie on Broadway, she also received the Richard Seff Award for her performance in You Can't Take It With You. Other Broadway credits: Hairspray, Gypsy, Anything Goes and The Twentieth Century. A founding member of Charles Busch's theatre company, she co-starred with him in numerous productions including The Divine Sister (Drama Desk Nom), Red Scare on Sunset (Drama Desk Nom) and The Lady in Question. Television credits include “Gossip Girl,” “The Good Fight,” “Almost Family” and “Divorce.” She is reprising her role as Bitsy Von Muffling in the “Sex and The City” reboot. Her YouTube series “Virtual Halston“ became a pandemic hit with over 40 episodes.

For the video version, go here and subscribe: https://youtu.be/q7FRvcxtpTE JEFF HARNAR is an award-winning cabaret, concert and recording artist.  His Carnegie Hall appearances include both the Cole Porter and Noel Coward Centennial Galas.  Jeff was a featured artist at Carnegie’s Well…

For Video Edition, Please Click and Subscribe Here: https://youtu.be/mYCkmhfiXTc RICHARD JAY-ALEXANDER, just before the pandemic, directed FOR THE GIRLS on Broadway, starring Kristin Chenoweth. His career is in its 46th year, having arrived in NYC in fall of 1975. He began…

For Video Edition, Please Subscribe Here: https://youtu.be/c7Z5Y8ShqDc Michael Anastasio: https://www.amazon.com/Gay-Boys-Life-Surviving-America/dp/B099HX1SPZ Born in Louisville, KY on September 4, Michael Anastasio lived there until 1975 when he relocated to Indianapolis for nearly four years, then on to Chicago for another four, then nearly three…