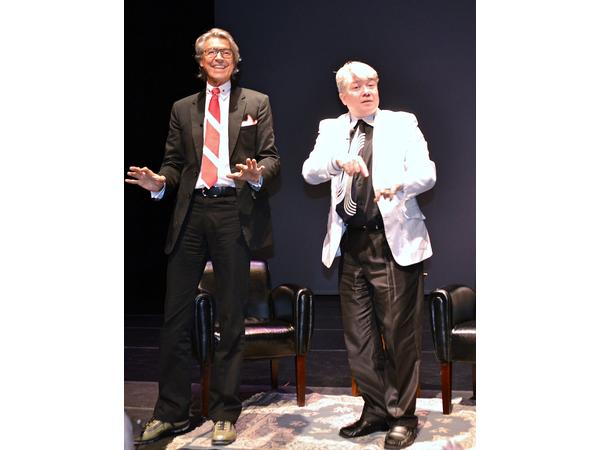 For Video Edition, Please Click and Subscribe Here: https://youtu.be/TdXaB8vhEqs For two decades, Tommy Tune was the maestro presiding over a string of glittering Broadway musicals that took the tradition of complete musical staging by a director-choreographer into a new era defined by spectacle and technology. He was last in a grand lineage led by Jerome Robbins, Gower Champion, Bob Fosse, and Michael Bennett, but also provided a link to a new generation of choreographers-turned-directors like Susan Stroman, Jerry Mitchell, and Casey Nicholaw. Unlike his fellow director-choreographers, Tune also maintained a successful performing career. His nine Tony Awards (plus a tenth, for Lifetime Achievement) were earned across four categories, not only for choreography and direction, but also as both featured and lead actor in a musical, for Seesaw and My One and Only--a distinction no one else can claim. Everything is Choreography: The Musical Theater of Tommy Tune is the first full scale book about the career of this prodigious artist. It celebrates and examines with a critical eye his major projects, and summons for readers a glorious period of dance, performance, and theatrical imagination.  Now available for Pre-Order: https://www.amazon.com/Everything-Choreography-Musical-BROADWAY-LEGACIES/dp/0190090731/ref=sr_1_1?crid=3KWXUZQAC37QX&dchild=1&keywords=kevin+winkler+tommy+tune&qid=1627771116&sprefix=kevin+winkler+tommy%2Cstripbooks%2C148&sr=8-1

To see the video of this interview: https://youtu.be/AWCzMzIoH-8 Celeste received her BM in Voice from the Manhattan School of Music. As a vocal teacher and coach Celeste has worked with Adam Chandler-Beret, Chita Rivera, Didi Conn, Sally Kellerman, Loni Ackermann, Elaine…

Adrienne began her career in 1963 with the San Jose Civic Light Opera. After graduating high school, she traveled with a musical comedy revue, entertaining our servicemen on Army bases throughout Southeast Asia. In 1965, she moved to New York…