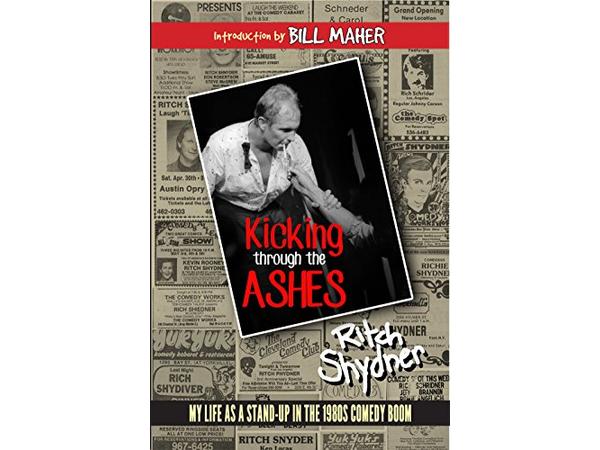 For Video Edition, Please Click and Subscribe Here: https://youtu.be/29hNwWcfbd In the 1980’s, Ritch Shydner made numerous appearances on TV, including “Late Night with David Letterman” and “The Tonight Show” with both Johnny Carson and Jay Leno. He also did an HBO half-hour special, “One Night Stand.” He played Al Bundy’s coworker on “Married with Children”, and made guest appearances on many other TV shows, such as “Designing Women” and “Roseanne.” Ritch was able to translate his modest success on TV into an obscure film career, appearing in Steve Martin’s, 'Roxanne,', and Eddie Murphy's Beverly Hills Cop II,; before moving on to minor roles on smaller pictures. He wrote for sitcoms such as 'Roseanne', 'The Jeff Foxworthy Show', and HBO’s “TheMind of the Married Man.” Ritch wrote material for Jeff Foxworthy’s Grammy nominated comedy albums, “Totally Committed,” and “Big Fun.” He also wrote for Ron White and Jay Leno. In 2006 he was co-author of a book on stand-up, “I Killed”. In 2010 Ritch produced and performed in an award-winning documentary on the world of stand-up comedy, “I Am Comic.” In 2016 he wrote a movie adaptation for HBO of Bill Maher book, 'True Story' In 2017 his book,'Kicking Through the Ashes - My Life as a Stand-up in the 1980's Comedy Boom” was published. Ritch is currently performing, “America’s Reflection in the Funhouse Mirror, A History of Stand-up Comedy,” to small, masked, socially distanced audiences. Ritch continues to work hard at avoiding work. He has given up any dreams of stardom for the satisfaction of not being an aging Uber Driver. http://www.ritchshydner.com/

Dr. Judi Bloom and Richard Skipper have joined forces to address the issues facing those in the entertainment industry in the new world we now find ourselves in. This is the show in which therapy and entertainment come together to…

"Going Attractions: The Definitive Story of the Movie Palace,” from writer-director April Wright, is a loving documentary celebrating cinema and movie houses. Movie palaces were ornate, opulent theaters that showed films from circa 1910 through WWII. April Wright is an…

For the video version, click here: https://youtu.be/g5jPUIkZnf4 Michael Lavine (Music Director) has worked as a musical director, pianist, vocal coach and singer all over the world. He musically directed a concert of the works of Stephen Schwartz, featuring Stephen himself,…