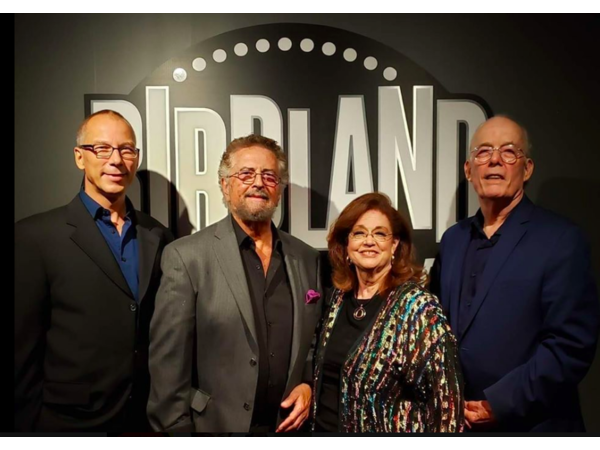 For Video Edtition, Please Click and Subscribe Here: https://youtu.be/Bi3h3HdGKv8 Michael Ernest Renzi (April 28, 1941 – September 28, 2021) was an American composer, music director, pianist, and jazz musician. We celebrate his rich legacy with a few of those who worked with him and knew him best. Nicolas King was among the guests to appear. An immensely talented musician, Renzi was influenced in his early years as a pianist by Bill Evans. After living and working in and around Providence, he graduated from the Boston Conservatory of Music in 1973 and Berklee College Of Music the following year. During these years of study he worked with local bands and as accompanist to visiting artists. Among these was Sylvia Sims and it was as a direct result of this engagement that he was hired to work with Mel Tormé. In 1976 he moved to New York City and from the late 70s onwards through the next two decades and into the early years of the twenty-first century, he appeared on scores of albums, sometimes only as pianist but most often also as arranger. Renzi also plays keyboards and occasionally guitar. Developing his own, hard bop style, Renzi also became a much sought after arranger. As a brief listing of the numerous artists with whom he has worked will show, many of them are singers with whom he established a special rapport, and in some cases has acted as musical director: Ruth Brown, Laverne Butler, Ann Hampton Callaway, Diahann Carroll, Freddy Cole, Cynthia Crane, Meredith D’Ambrosio, Blossom Dearie, Scott Hamilton, Lena Horne, Etta Jones, Jack Jones, Eartha Kitt, Steve LaSpina, Cleo Laine, Peggy Lee, Jay Leonhart, Gloria Lynne, Maureen McGovern, Liza Minnelli, Gerry Mulligan, Mark Murphy, Houston Person, John Pizzarelli, Annie Ross, George Shearing, an eight-week tour with Frank Sinatra, Carol Sloane, Grady Tate.

https://smile.amazon.com/Stage-Shadows-Preface-Foreword-Jonathan/dp/0595358772/ Marie Wallace started her career in the Off-Broadway production of Sophocles’ Electra and Terence Rattigan’s Harlequinade directed by Philip Burton. From there, she went immediately into the chorus of Ethel Merman’s Gypsy. Marie was featured in seven Broadway productions after…

Shelly Goldstein is one of the busiest writers of awards shows in Hollywood, New York and the UK. She frequently works punching up screenplays and writing special material, comedy and song lyrics for performers. Shelly has doctored scripts or written…

Judi Mark was born in Chicago to a musical family who encouraged her to express herself creatively. Her dynamic range of training included ballet, modern dance, jazz, tap, acting, vocals and piano which set the stage for a successful performance…