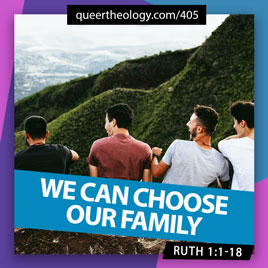 In this week’s lectionary podcast, we answer another listener’s question about unpacking shame. We checked our resources to see what articles we’ve written about shame, but we realized most of those have to do with our bodies and sex. So if you want to understand how shame culture impacts the social justice movement and how to talk about shame with others, make sure you tune in.

Then we queered a lectionary text from Ruth, where we see the loyalty of a daughter-in-law to her mother-in-law. This text is often used to represent lesbianism, and is also used frequently in lesbian weddings. However, we share our thoughts on why we don’t see lesbianism in this passage. We also call on all queer folks to learn to read passages like this by understanding when and why it was written—more on that in this week’s episode.

During the days when the judges ruled, there was a famine in the land. A man with his wife and two sons went from Bethlehem of Judah to dwell in the territory of Moab. The name of that man was Elimelech, the name of his wife was Naomi, and the names of his two sons were Mahlon and Chilion. They were Ephrathites from Bethlehem in Judah. They entered the territory of Moab and settled there.

But Elimelech, Naomi’s husband, died. Then only she was left, along with her two sons. They took wives for themselves, Moabite women; the name of the first was Orpah and the name of the second was Ruth. And they lived there for about ten years.

But both of the sons, Mahlon and Chilion, also died. Only the woman was left, without her two children and without her husband.

Then she arose along with her daughters-in-law to return from the field of Moab, because while in the territory of Moab she had heard that the Lord had paid attention to his people by providing food for them. She left the place where she had been, and her two daughters-in-law went with her. They went along the road to return to the land of Judah.

Naomi said to her daughters-in-law, “Go, turn back, each of you to the household of your mother. May the Lord deal faithfully with you, just as you have done with the dead and with me. May the Lord provide for you so that you may find security, each woman in the household of her husband.” Then she kissed them, and they lifted up their voices and wept.

But they replied to her, “No, instead we will return with you, to your people.”

Then they lifted up their voices and wept again. Orpah kissed her mother-in-law, but Ruth stayed with her. Naomi said, “Look, your sister-in-law is returning to her people and to her gods. Turn back after your sister-in-law.”

But Ruth replied, “Don’t urge me to abandon you, to turn back from following after you. Wherever you go, I will go; and wherever you stay, I will stay. Your people will be my people, and your God will be my God. Wherever you die, I will die, and there I will be buried. May the Lord do this to me and more so if even death separates me from you.” When Naomi saw that Ruth was determined to go with her, she stopped speaking to her about it.

The post We Can Choose Our Family – Ruth 1:1-18 appeared first on Queer Theology.

This week’s lectionary passage sounds like it could have been written yesterday. With problems of favoritism still popping up in our churches and political movements, how do we move forward? In this week’s podcast Brian and Fr. Shay talk about… 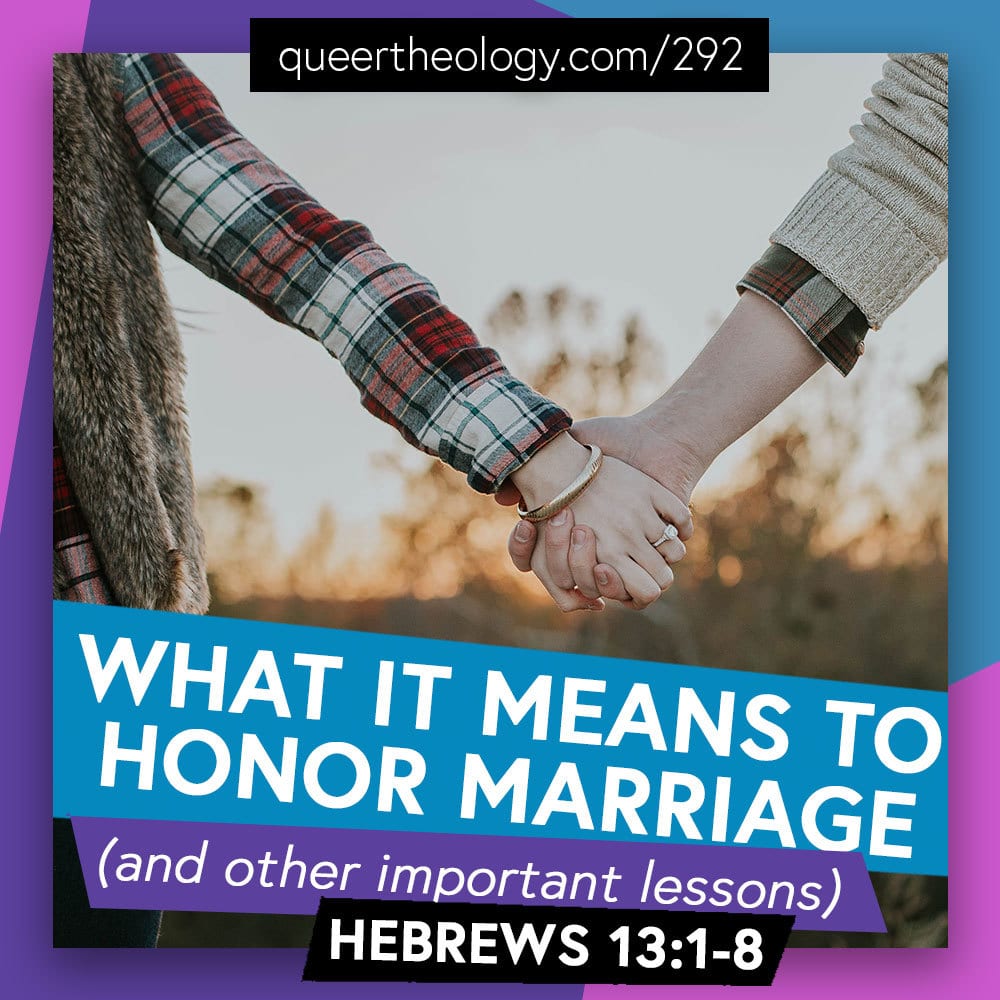 Honoring marriage or a relationship is not only for straight relationships. More often than not, people who are in queer relationships take faithfulness even more seriously. This episode also shares how there are more important things to focus on in…

This week Brian and Fr. Shay talk about Advent and present the final podcast for 2014! What about this church season resonates? What does all of this waiting call us to do? The post Advent: What Are We Waiting For…