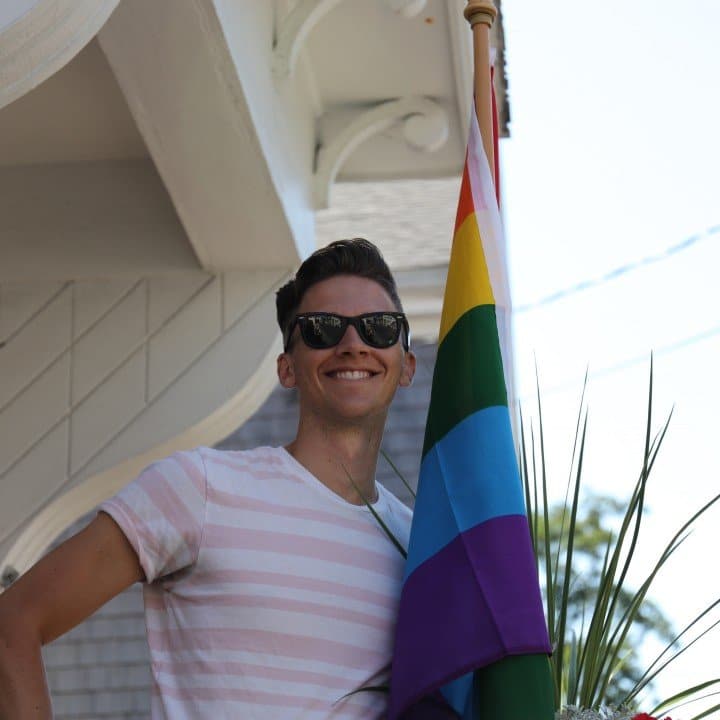 I kissed my best friend. And he was a man.

I knew this day would come. A part of me hoped it never would. It was the spring semester of freshman year in college, and he lived directly across the hall.

As I sat there looking at him, sensing that he had a crush on me, something terrifying happened. Feelings took hold, and just for a moment, I gave them enough space to resolve as coherent thoughts in my mind.

They sounded something like, “Holy shit, I have feelings for him.” In an instant, a truth buried deep inside revealed itself to me. It was so real. It was so right. And it scared the shit out of me.

For years, I had built up protective armor: layers of feigned confidence, forced smiles and innocent lies masking intense fear and shame. My mind instantly shut down the briefest thoughts and feelings about my being different. But the moment we kissed, I became exposed. I became real. I became me. I finally became free.

Finding my way through fear to freedom

Some of the most difficult and magical times of my life unfolded in the coming months. I fell deeply in love. My best friend became my first boyfriend. And that was just our secret. I never felt so alive inside, but I had never felt deeper in internal struggle. My mind and heart were in constant conflict.

The untenable emotional stress of feeling torn between that fear and my freedom turned into an agonizing case of shingles. One night, the pain felt so excruciating that I couldn’t fall asleep. I took Benadryl hoping it would knock me out. It didn’t work. I paced back and forth down the hall of my dorm at 2 a.m. for hours unable to escape the pain.

Around 5 a.m., I finally fell asleep as my golf team banged on my door to wake me up for our early morning workout. Vivid imagery from that night — the blinding fluorescent lights, cold floor and sterile white walls — burned into my memory. When I touch the subtle scar from shingles on my side, it transports me back to that moment.

The long path of coming out to the world

We snuck around as long as we could. Neither of us was out of the closet or comfortable in our own skin. About six months after our first kiss, my boyfriend slept over on the futon in the dorm room that I shared with my roommate, which was normal in college. The next morning, my roommate went out for a long run like he always would.

My boyfriend came over to lay beside me, cherishing one of the few moments we had alone. Then, my roommate busted right back through that door to look for his headphones. My boyfriend jumped off the bed, and my heart leaped out of my chest in quick succession. No one said a word.

Later that night, my roommate — the sweetheart that he was — gently asked me if there was anything I wanted to talk about. Ha. No shit. It took every fiber in my being to muster the courage to share my truth. As I expected he would, he lovingly accepted me. He created a safe space for me, and I slowly gained the courage to share my experience with family and friends. They also welcomed me with unconditional love.

Even as I grew more comfortable and proud as a gay man, I had become so well-practiced at hiding and filtering my self-expression that I didn’t know which true self to share. It’s taken me years to shed the armor I built. I didn’t know what my full truth was. Coming out began the journey to uncover who I was and to create alignment between my truest self and every way I show up in the world.

Stepping into my purpose and potential

I spent the next decade climbing up the leadership ranks in corporate America while still feeling at the mercy of societal expectations. I started in an entry-level sales role cold calling in a never-ending cycle of monthly quotas. I focused on performing for approval in that role and beyond. I wanted to advance to the “right job,” so I could feel like I finally belonged. After almost eight years in revenue-generating roles, I landed that job as a senior executive. I became the SVP of Organizational Development for a 150-person company.

As part of the leadership team, I served as a trusted thought partner to the CEO while guiding high-impact, company-wide initiatives to shape culture, infuse empathy across the business and develop future leaders. I envisioned my path forward, worked my ass off — and with a bit of luck and the right support — I “made it.”

When a merger ushered in new leadership, I felt deeper discord between my sense of purpose at the organization and the new facets of my role. Even the brightest days were dampened by a persistent heaviness in my chest. I wanted something more, something different, something more meaningful. I realized that, like so many other unfulfilled high achievers, I had been asking the wrong question. “What do I want to do in life?” wasn’t getting me closer to my truth.

I slowed down and took the time to ask better questions:

What is my purpose? What do I believe? How do I want to feel? What do I love?

The answers served as guideposts toward authentic self-expression, a deep sense of fulfillment and a meaningful impact in the world. They led me to a career path built from purpose.

As I learned in college with my then-boyfriend, there’s so much possibility when you find the courage to create space for your feelings — especially the feelings that frighten you. I was scared to leave my job, but I had already learned that staying in that fear was more dangerous than stepping into the unknown. My truth was calling. Ultimately, the dream job became another layer of armor I needed to peel back.

As a leadership coach, I cultivate a safe space so that people can find and live their truth, no matter their fears. This work is the culmination of my own journey to embrace authenticity — as a gay man and as a leader. Now, I’m building a business that represents the truest and fullest expression of who I am. I’m marching along my path from purpose, and the journey continues. 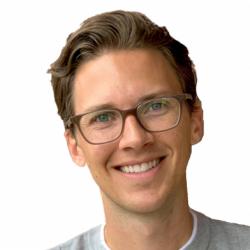 About the author: Chris Rollins
Chris is a purpose-driven coach for HR/People/Culture leaders, and folx in the LGBTQ+ community. After 10 years in corporate America, he left his job as SVP Organizational Development for a 150-person company to start his own business. Chris is the embodiment of compassion, intimacy, love, joy and peace.