The travel industry has long paid attention to the LGBT+ traveler. It all started in 1973 when the travel agency of Hanns Ebensten (whose company is appropriately called HE Travel) led a group of gay men along the Colorado River. It resulted in an industry that has grown to 200 billion euros per year over the past 40 years, of which more than 3 billion in the Netherlands. In general: LGBT+ people account for 13% of all global travel expenditure while making up only about 5% of the population. LGBT+ travelers travel more often, longer, more luxuriously, and usually outside the high season. An interesting target group!

This was noticed as early as the 1990s by the major US airlines, and a few smaller ones in their wake. The Europeans, especially KLM, lagged behind somewhat, but are now also participating in the rainbow mill.

Airlines in the Western world have long been important employers and supporters of the LGBT community. But recently, in both Australia and the United States, the marriage equality movement has seen an acceleration in overt support from the airline industry.

Some airlines’ marketing efforts are aimed at positioning the brand as diverse and inclusive among existing and potential LGBT personnel.

The NGPA has been in existence since 1990: “the largest organization of LGBT pilots, aviation professionals, and enthusiasts from all over the world”. Its mission: is to build, support, and unite the LGBT aviation community worldwide.

Competition is fierce in many markets and airlines have to profile themselves. Profiling is also done through brand payload, and it often means market segmentation, so LGBT marketing is an option to consider.

There are no gay airlines, car rental companies, or train services. What makes a carrier successful in this market is more about earning brand loyalty than offering a specialty product. This can be done through networking with tour operators serving this market, and advertising in the relevant travel media, but also through fundraising for and participating in LGBT events.

After 9/11, the travel industry was in a slump, but the gays continued to travel. An eye-opener for airlines. Research showed that the 2009 crisis also had less of an impact on the travel behavior of LGBT people.

American Airlines (AA) – now the largest airline in the world – was the first to choose Marketing the Rainbow. This was in 1994, and an annual budget of just $300,000 resulted in increased sales of over $190 million in 1999. That is a return on investment (ROI) most marketers can only dream of!

It started with the so-called “pillows and blankets incident” in 1993, on a flight returning to Dallas/Fort Worth after the March on Washington. A crew member on board faxed ground crews requesting pillows and blankets be replaced due to the number of “activists returning from the gay march on Washington” on board. The unspoken but clear implication was the potential HIV/AIDS risk. The fax was soon leaked to news outlets and went viral. AA called in the help of Witeck-Combs Communications, a strategic communications firm in Washington specializing in LGBT and diversity communications. Bob Witeck quickly worked with the airline to help repair LGBT relations with the company, both internally and externally. American took Witeck’s recommendations: sensitivity training, equal benefits for same-sex unmarried partners, a platform for the employees, and a growing number of marketing initiatives. Nearly 25 years later, Witeck still counts American Airlines as one of his clients.

In 2007, AA released a series of somewhat weird but funny commercials, apparently aimed at the LGBT community – as the payoff showed the URL for the rainbow section of their website (now defunct). AdRespect qualified it as “gay vague”.

A year later, the Fly Forward ‘retro’ print campaign featured two men walking out of a Casablanca-style plane to what appears to be a Hawaiian vacation – though some gay sources noted: what gay man would wear socks with loafers? There was also a stylish female version. This advertising campaign won the 2009 top prize for Best Print Advertisement from the International LGBT Travel Association (IGLTA). He was also fun mememed by Daft Punk in 2015.

For a complete overview of AA’s relevant activities, see my case study for Marketing the Rainbow.

United is the third largest airline in the world after AA and Delta and a founding member of the Star Alliance. The company employs more than 86,000 people.

In the 1990s, United decided to target gay consumers after a Gay Times survey found that:

They wanted to, but were inconsistent: They targeted the American gay market in 1999, while simultaneously challenging a San Francisco law requiring companies to offer partnership benefits to employees. The importance of coordinating Marketing the Rainbow, a company’s treatment of LGBT employees and public activities cannot be underestimated, a lesson United quickly learned. They faced quite a bit of criticism and changed their policies.

Their website now states: “We recognize that our employees are shaped by different backgrounds, experiences, cultures, and values. To confirm our commitment, we actively organize events, festivals, and parties in our network to link awareness to personal and professional development, employee engagement, and knowledge and understanding of the different dimensions of diversity.”

Leading up to the 2015 SCOTUS decision, they spoke out in favor of marriage equality. CEO Jeff Smisek issued the following statement: “United Airlines is proud to stand up for marriage equality in the United States. At United, we nurture an inclusive and diverse culture, now is the time for our country to have a unified marriage rule which gives equal dignity to same-sex couples. As this landmark Supreme Court decision looms, we encourage all of corporate America to join United Airlines on the right side of this debate.”

In 2019, United became the first US airline to offer non-binary gender options to passengers booking flights.

For a complete overview of United’s relevant activities, see my case study for Marketing the Rainbow.

JetBlue is a smaller one, the seventh-largest airline in the US, founded in 1999 under the name “NewAir” (with the original idea of ​​calling it Taxi).

In 2013, they opened their loyalty program TrueBlue specifically to LGBT customers, their ‘real’ and chosen families: “We believe that our new Family Pooling feature will be of great benefit to all TrueBlue members, including our LGBT travelers, enabling same-sex couples and their families can earn and spend points together,” said Kelly Roe, director of loyalty marketing at JetBlue Airways. “LGBT single travelers can also choose their own ‘family composition’ within the program by selecting a ‘partner’ over 21. and up to five children under 21, if they wish.” Quite a progressive principle!

Over the years they have done several campaigns, including a striking inhaker. When NBA player Jason Collins came out in 2013, they were quick to back him in a tweet: “Thanks Jason, today we’re all on the same team.” Some people felt that JetBlue, a company with no connection to the NBA or Mr. Collins (unlike his sponsor Nike, who also backed him), tried too hard to turn a gay moment into a marketing opportunity. A spokeswoman for JetBlue said: “We are not currently in talks with Jason Collins, but have the utmost respect for anyone who is true to themselves.” Whose deed.

In 2019, JetBlue teamed up with RuPaul’s Drag Race: one of the newest aircraft was named: the Shantay, Blue Stay. The nickname, which appeared permanently on the plane, is a tribute to RuPaul’s signature Drag Race phrase, “Shantay, you stay,” which informs the contestants that they’ve made it to the next round. Two of the show’s most famous “ladies,” Bob the Drag Queen and Trixie Mattel, appeared in an in-flight feature video spoof as flight attendants. The video was featured on JetBlue’s social channels, VH1, and RuPaul’s Drag Race, while a “making of” version of the spot aired on JetBlue flights.

At the same time, RuPaul’s Drag Race took over the JetBlue terminal T5 at JFK airport with Drag Race photos, displays, RuPaul quotes, and a hair and makeup station.

For a complete overview of JetBlue’s relevant activities, see my case study for Marketing the Rainbow.

KLM: savior of the Gay Games and wrong seat belts

Because in the Netherlands it is never as difficult about LGBT people as in the US (we are already a long way further in the journey “Representation >> visibility >> normalization >> tolerance >> acceptance >> respect”), KLM is actually got in late on the flight to the rainbow. I recently wrote a blog about this for Marketing the Rainbow. Suffice it to mention here that, after saving the Amsterdam Gay Games in 1998, they started Marketing the Rainbow late, and also made some bloopers: like the “wrong seat belts”.

Incidentally, Amsterdam Airport Schiphol had a very nice video in 2019 to welcome the rainbows.

Furthermore, in Europe Lufthansa, SAS, Austrian, BA, Ryanair, Swiss and Iberia are (or have been) active in this area, mostly around Pride events.

BA presented their film Made in Britain in 2019: star-studded, diverse, and heavily copyrighted.

There was also a funny clip of Silverjet, a British all-business-class aviator headquartered at Luton. Because 15 years ago an airplane was pretty much the only place where you really had mixed toilets, Silverjet decided to offer women-only toilets as its USP.

Is this what happened there? They ceased operations in 2008.

Earlier I wrote about the exuberant rainbows of Icelandair and the TF-GAY plane of the bright pink Icelandic colleague WOW Air.

The examples in the US are numerous, but Air Canada and the Canadian Westjet also contributed. And Qantas (with gay CEO Alan Joyce), the New Zealand neighborhoods, and even Air Mauritius.

A special mention deserves PC Air, the first airline (in Thailand) to hire transgender flight attendants: they selected only four of the hundreds of candidates based on strict criteria and background checks. It was a charter company that lasted only two years with 1 aircraft. Surely it couldn’t have been the gruff pilot’s fault?

The battle for the favor of the LGBT travelers also takes place in the sky, perhaps at ’10 miles high’. It started in the US, where it still happens a lot, but soon Europe and other parts of the world followed. This resulted in funny, wrong, colorful, and effective campaigns. There are special websites, loyalty programs, benefits, and, above all, cheerful attention.

Representation >> Visibility >> Normalization >> Tolerance >> Acceptance >> Respect.This article was written within the framework of my PhD Research “Marketing the Rainbow“. Previously articles for Outbüro are: BMW, from paradox to Unexplainable and 5 bizarre LGBT videos.

This article was written within the framework of my PhD Research “Marketing the Rainbow“. Previously articles for Outbüro are: BMW, from paradox to Unexplainable and 5 bizarre LGBT videos. 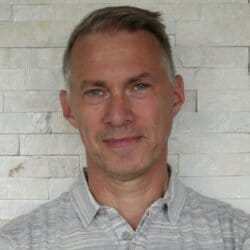 About the author: Alfred Verhoeven

I am a gay urban professional from Amsterdam. I live there with my husband of 35 years. Apart from being a self-employed marketing manager I am in the process of rounding off my PhD "Marketing the Rainbow".