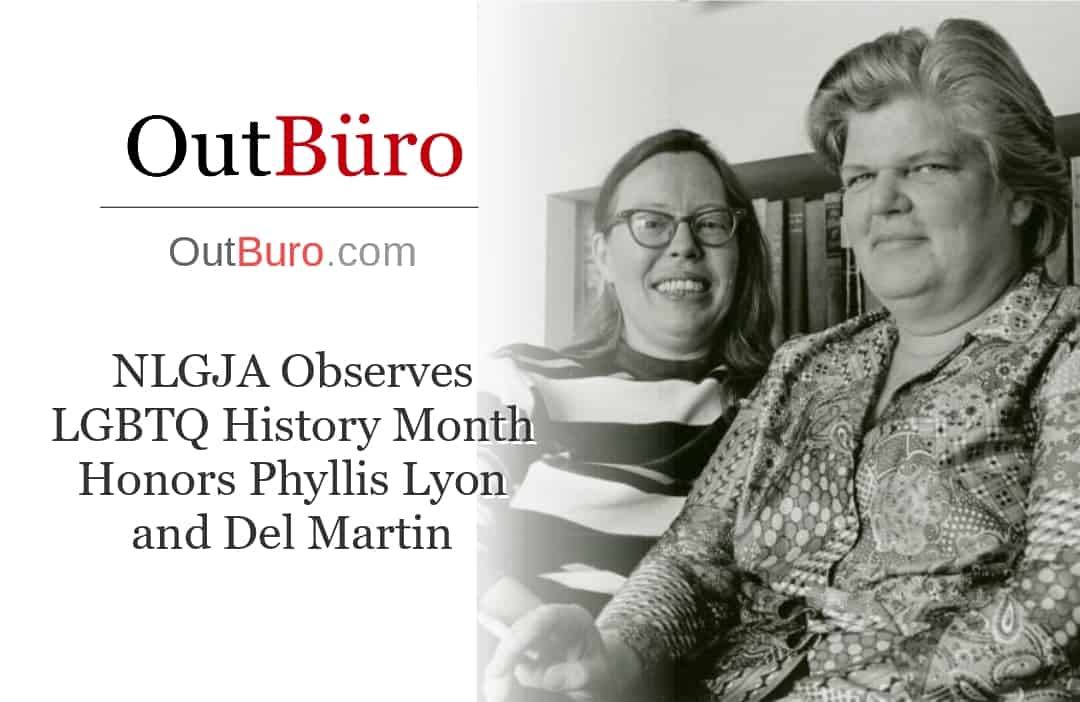 To celebrate LGBTQ History Month, NLGJA is highlighting members of our LGBTQ Journalists Hall of Fame every Thursday in October. NLGJA’s mission is to foster fair and accurate coverage of LGBTQ issues and the people in our Hall of Fame have gone above and beyond to do so.

Today, NLGJA honors Phyllis Lyon and Del Martin, who were inducted into the LGBTQ Journalists Hall of Fame in 2006. Lyon and Martin were among the founding members of the first established lesbian organization, Daughters of Bilitis. Lyon and Martin were partners for 55 years and were the first couple to get married in San Francisco after same-sex marriage was recognized by the California Supreme Court in 2008.

As part of their work with Daughters of Bilitis, Lyon and Martin founded The Ladder, a publication that offered lesbians in the United States an opportunity to use their voices and share their experiences, in 1956. The publication was a key source of communication for the Daughters of Bilitis and became a vehicle for political activism.

Lyon and Martin, among others, campaigned for the American Psychiatric Association to denounce homosexuality’s status as a mental illness. They won in 1973 when the APA agreed to remove homosexuality from the “Diagnostic and Statistical Manual of Mental Disorders” (DSM). Their lives were dedicated to the LGBTQ movement and their contributions to the LGBTQ community will forever be felt. Martin died in 2008.

Learn more about Lyon, Martin and others in the NLGJA LGBTQ Journalists Hall of Fame at www.nlgja.org.