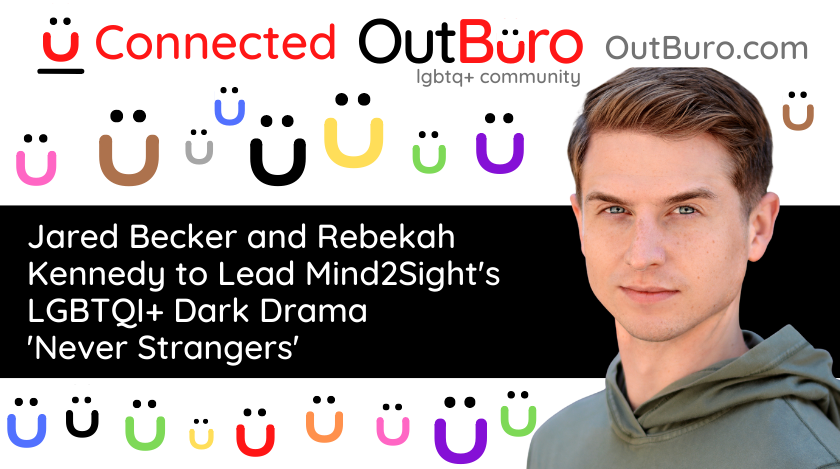 The film’s plot centers around Becker as Alex O’Neal, who is struggling with the loss of his husband after a tragic accident. In order to find the turning point in his life, Alex seeks out a unlikely friend in Rebekah Kennedy’s Kate. The movie delves into the struggle of survivor’s guilt and acute hallucinations while Alex embarks on a journey of rediscovering what life means to him with an unexpected new friendship.

Kennedy, no stranger to darker roles, will assist Alex on his journey to confront his demons while also fighting her own past.

“This film is unlike something I’ve seen or worked on before”, says Jared Becker. “Having a film that dives into the darker elements of mental health and the struggles one goes through is emotionally captivating.”

“I was profoundly drawn to this film and this character,” says Kennedy. “Mental health is something that can be really frightening to address, but I believe the more we can showcase the struggles someone has we can reduce the stigma that surrounds it.”

The film’s goal is to do more than just entertain, but also give exposure and respect to a community who is underrepresented. The story will blend a compelling and provoking narrative about love, loss and hope into an often dismissed genre.

The film is produced by Mind2Sight.

Mind2Sight was created by Elizabeth Singh in 2020 to produce immersive community based story telling. The production company is led by diverse creatives that are committed to building stories based on human connection, community and relatability.

Jared Becker was raised in Du Quoin, Illinois, Jared Becker is an actor, writer and producer. He received his Bachelor’s Degree in Marketing and Master’s Degree in Project Management from Embry-Riddle Aeronautical University. Recently, Becker has written, produced, and starred in multiple films including Sorry for My Loss, For Whom the Bell Tolls, and his latest feature film Reveille will premiere in early spring 2023.

Becker is represented by Courtney Peldon of Aqua Talent and Diana Bassett of DBPR.

Rebekah Kennedy is a Los Angeles based actor with Texas roots. Her credits include guest starring on Law & Order SVU, Criminal Minds, and Station 19. She can also be seen in Netflix’s To The Bone with Keanu Reeves, Season of The Witch with Nicolas Cage, and starring in the horror films Bastard and House Hunting.

Her upcoming film ‘Two Witches’ is set to release this October. She most recently wrapped The Veil with Sean O’Bryan and The Unseen with RJ Mitte.

Rebekah is represented by ATB and Advanced Management.