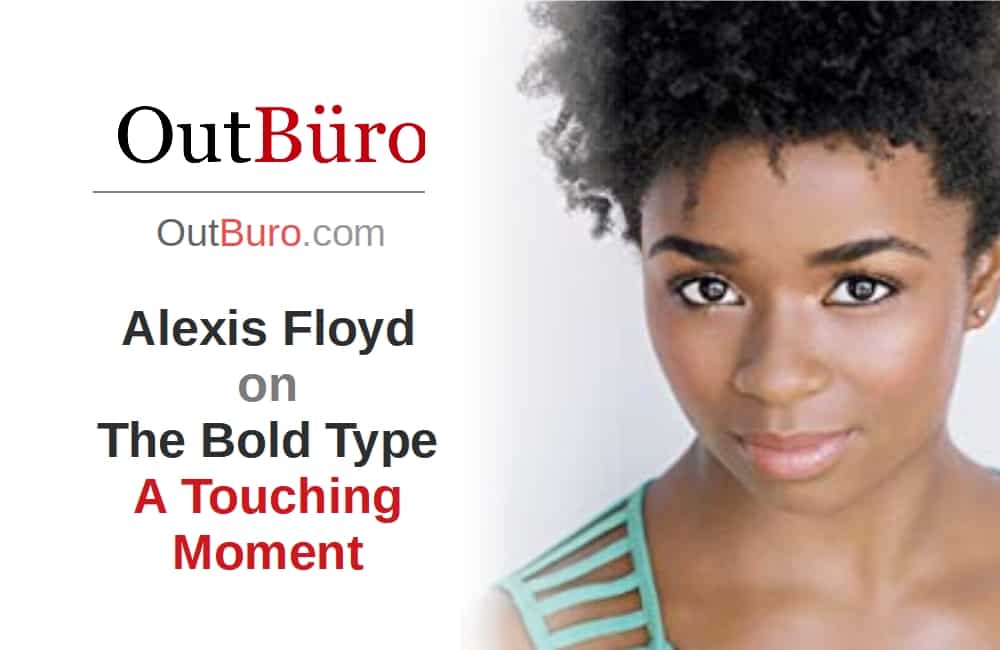 Earlier this week I was so honored to be a part of a family and friend gathering that at the home of Mark Floyd here in Fort Lauderdale. It was a special night. Mark’s daughter Alexis Floyd appeared for her first time on the Freeform hit show The Bold Type. (April 23, 2019 – Season 3 – Episode 3) Airs Tuesdays at 8 PM. Alexis’ character is a lesbian.

At 7:50 Mark, excited and smiling wide FaceTimed Alexis. After a moment Mark panned his iPad around to show Alexis the near 20 guys here to celebrate her professional growth as an actress. Alexis gasped holding her hand up to her mouth she said, “Oh my gosh. This is amazing. Thank you so much.” Mark replied, “We’re all here for you.” Mark started to introduce each of us to Alexis, but her New York City apartment doorbell began ringing. The friends started pouring in with shrills of excitement. Before hanging up so all could watch the episode, Alexis pulled her phone close and said, “I love you.” Mark shouted back. “Love you too. Talk with you in a bit.”

I’ve simplified the interchange a little. What I saw was a family giving and receiving love and support. When I was describing the gist here to a friend he said, “Most families are like that.” I replied, “Humm. Not all.”

The Bold Type episode took on tough topics, was current, sharp and witty that can start conversations as usual. But the show just got even better with the addition of Alexis Floyd.