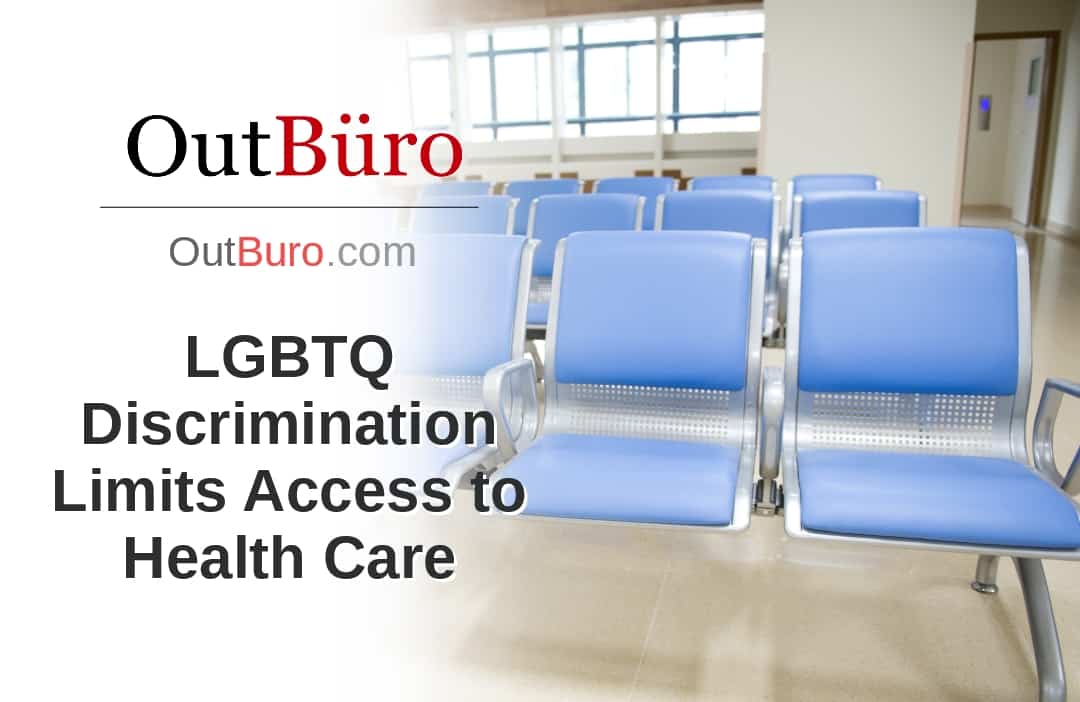 When needing to see a doctor, whether for routine care or emergency services no one should have to consider if they will be refused service, or be subject to discrimination, harassment or be mistreated under any circumstance.  In the United States, the Affordable Care Act (ACA) addressed this concern by prohibiting insurance providers and health care facilities and professionals from discriminating.  Under the Obama administration, LGBTQ people were explicitly protected against discrimination in health care on the basis of gender identity and sexual orientation.  Since the current administration continues to attempt to dismantle the ACA leaving many to wonder how they’ll cover health costs in addition to how their now discrimination protection may be affected.

This endangerment happens through delays or denials of medically necessary care based on the learned prejudices and biases of the medical professional staff.

Despite protections now in place, for the time being, LGBTQ people still face an alarming rate of health care discrimination, harassment, humiliation, to outright being turned away by hospitals, pharmacists, and doctors. The Center for American Progress study data outlines the types of discrimination that many LGBTQ people endure when seeking medical care.

Data below is from those gay, lesbian, bisexual, and queer (LGBQ) who responded and had visited a doctor or health care provider in the year just prior to the survey:

Among transgender people who had visited a doctor or health care providers’ office in the past year:

These Center for American Progress findings are consistent with other research. The 2015 U.S. Transgender Survey found that nearly 1 in 4 transgender people (23 percent) had avoided seeking needed health care in the past year due to fear of discrimination or mistreatment.

Finding another doctor is not an answer for all LGBTQ patients

The expansion of legislation, lawsuits, and administrative rule-making allowing for broad learned religious beliefs exemptions from providing services puts another hurdle in the way of LGBTQ people receiving medical care. For those patients that do seek medical care and are turned away by providers, alternatives may not be easily accessible depending on where they live and their travel abilities.  This concern is exacerbated by a shortage of medical providers in key areas of treatment such as mental health care and specialty services.  Not all LGBTQ people live in metro areas and the shortage of LGBTQ friendly medical providers in rural areas is common.

The Center for American Progress survey data illustrate that many LGBTQ people would face significant difficulty neding to locate an alternative provider if they were turned away by a health care provider, such as a pharmacy, hospital, community clinic or primary care provider.

LGBTQ people living outside of a metropolitan area report a high rate of difficulty accessing alternative services, which may be because such services could be further away and lack transportation or related costs is a hinderance.

Where available, some LGBTQ go to a LGBT focused community health center to avoid such discrimination and many do not provide comprehensive services.  For the states that have them, such LGBT comunity health centers are normally located in large metropolian areas.  A total of 13 states—mainly those in the central United States—do not have any LGBTQ community health centers at all. On the U.S. Transgender Survey, 29 percent of respondents seeking transition-related care reported having to travel 25 miles or more to access such care.

Despite the importance of protecting people from discrimination in health care settings, current regulations are under attack by the current White House administration, state governments and organization based on their learned reliougous beliefs. On August 23, 2016, a group of conservative religious organizations and eight states filed a lawsuit against the U.S. Department of Health and Human Services (HHS), challenging the 1557 rule. They made dubious claims that the nondiscrimination protections would require doctors to provide treatment that violated their learned religious beliefs while they see and treat othe patients who don’t adhere to all the laws of their religious docturine such as adulturers and persons who where clothing of mixed fibers.

Even though numerous courts have ruled that laws such as 1557 protect LGBTQ people, in December 2016, a single federal judge issued a nationwide injunction prohibiting HHS from enforcing the 1557 rule’s prohibition on discrimination on the basis of gender identity. On May 2, 2017, the Trump-Pence administration filed a motion indicating that the 1557 rule was under review, and in August, it announced that HHS had already written a draft proposal to roll back the rule. Given the Trump-Pence administration’s record on LGBTQ issues, new regulations will likely deny the existence of protections to LGBTQ people and make equal health care access and treatment more difficult to obtain for this historically marginalized community. While the administration cannot change the protections for LGBTQ people that exist under the law, a regulatory rollback would cause fear and confusion for patients and promote discrimination by providers and insurers.

Are you aware of additional studies on LGBTQ healtcare that we can bring to our audience?  Contact us with a link for consideration.  Much appreciated.