MIAMI, June 17, 2021 /PRNewswire/ — Jack Daniel’s Tennessee Fire, a flavored whiskey specialty that blends the bold character of Jack Daniel’s Tennessee Whiskey with cinnamon liqueur, has teamed up with Latrice Royale to launch the Summer Glamp Sweepstakes, which will award one lucky winner with a Jack Daniel’s glamping kit and a $750 gift card that can be used towards a glamping experience. The contest is an extension of the whiskey maker’s national Pride campaign, Jack Daniel’s Tennessee Fire presents Drag Queen Summer Glamp, a content series featuring RuPaul’s Drag Race alums visiting the Jack Daniel Distillery in Tennessee. Additionally, Latrice will make surprise visits to local LGBTQ+-owned bars and restaurants during June to help support small business recovery. 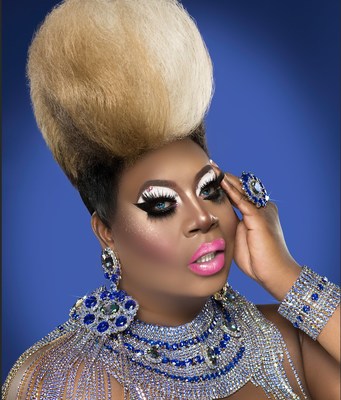 How to enter
Post a short video of yourself explaining why you need a Summer Glamp experience through the on-screen entry form (here). The contest begins at 12:01 a.m. on June 14, 2021 and ends at 11:59 p.m. PST on June 30, 2021. No purchase necessary. Must be 21+. Void where prohibited. Limit one entry per person. For complete rules and guidelines, visit here.

“I’m honored to work with Jack Daniel’s Tennessee Fire to bring some much-needed joy to the LGBTQ+ community this Pride Month,” said Latrice Royale. “In addition to recovering from the impact of the pandemic, many of us are aching to get out of the house and reacclimate ourselves with the great outdoors once again.”

“Jack Daniel’s is thrilled to partner with Latrice to celebrate Pride 2021 both online and in-person,” said Jack Daniel’s Field Marketing Manager Lisa Dozier. “Our team is proud to stand with the LGBTQ+ community this month and every month.”