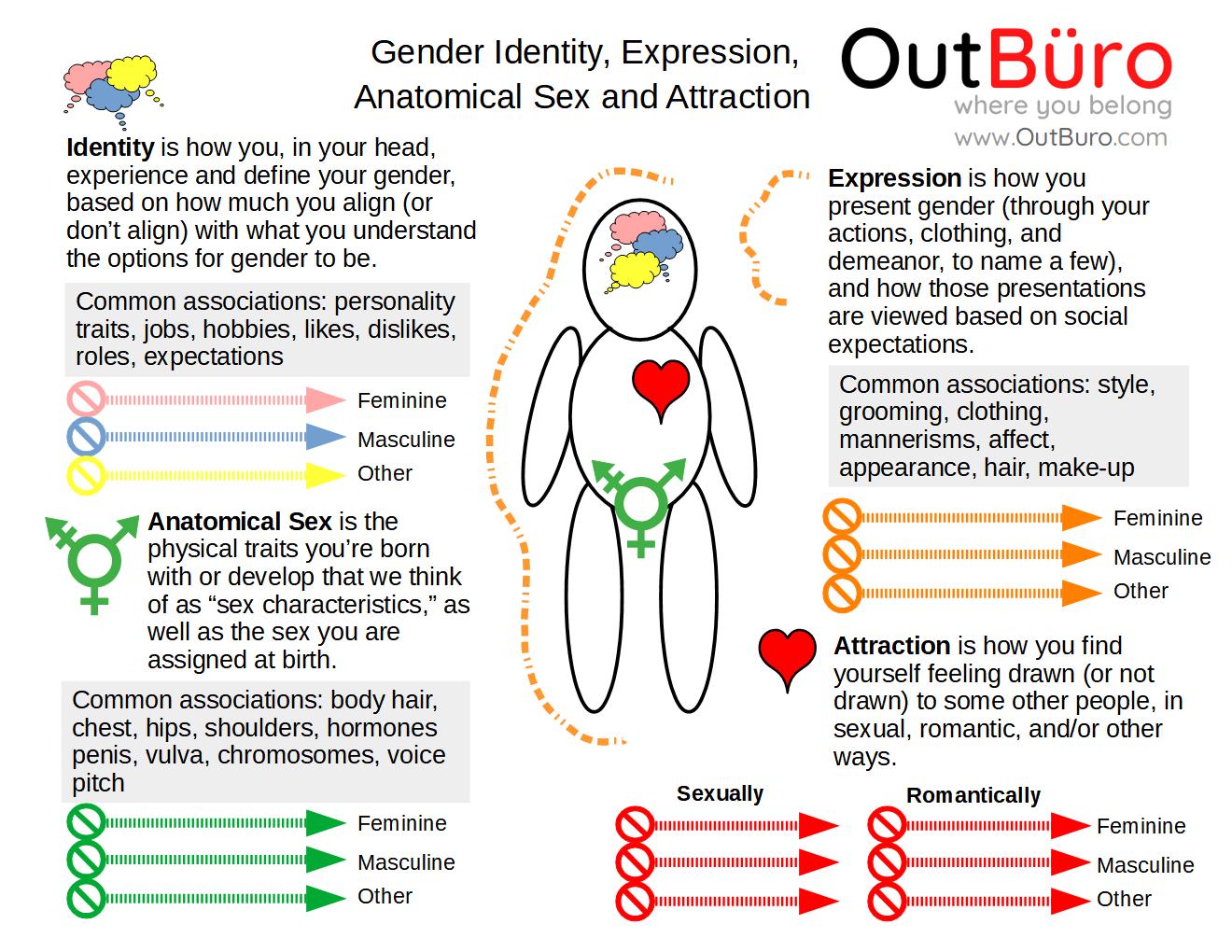 The term transgender is an overall term for people whose gender identity, expression, and/or behavior is different from those typically associated with their assigned sex at birth. Since the 1990s, transgender has also been used to describe:

Anatomical Sex is the physical traits you’re born with or develop that we think of as “sex characteristics,” as well as the sex you are assigned at birth. Common associations: body hair, chest, hips, shoulders, hormones, chromosomes, voice pitch